The key to any system is a solid network.

When it comes to computer networks, we can distinguish between two types:

So let’s briefly introduce you to each (we’ll cover them more in-depth in the future) and take a look at the key differences between a peer-to-peer network and a client-server network.

What is a Peer-to-Peer Network?# If you ever played a game of Among Us with a bunch of friends, you already had a taste of a peer-to-peer or P2P network for short.

In a P2P network, two or more computers are connected and they share individual resources like disk drivers, printers, etc.

Here, there is no one central server like we will see in the client-server network. Instead, each computer or node in the network is, at the same time, both a client and a server and it communicates directly with other computers/nodes in the network.

This way, everybody who is in the network can directly share files without having to go through a central server.

What is a Client-Server Network?# 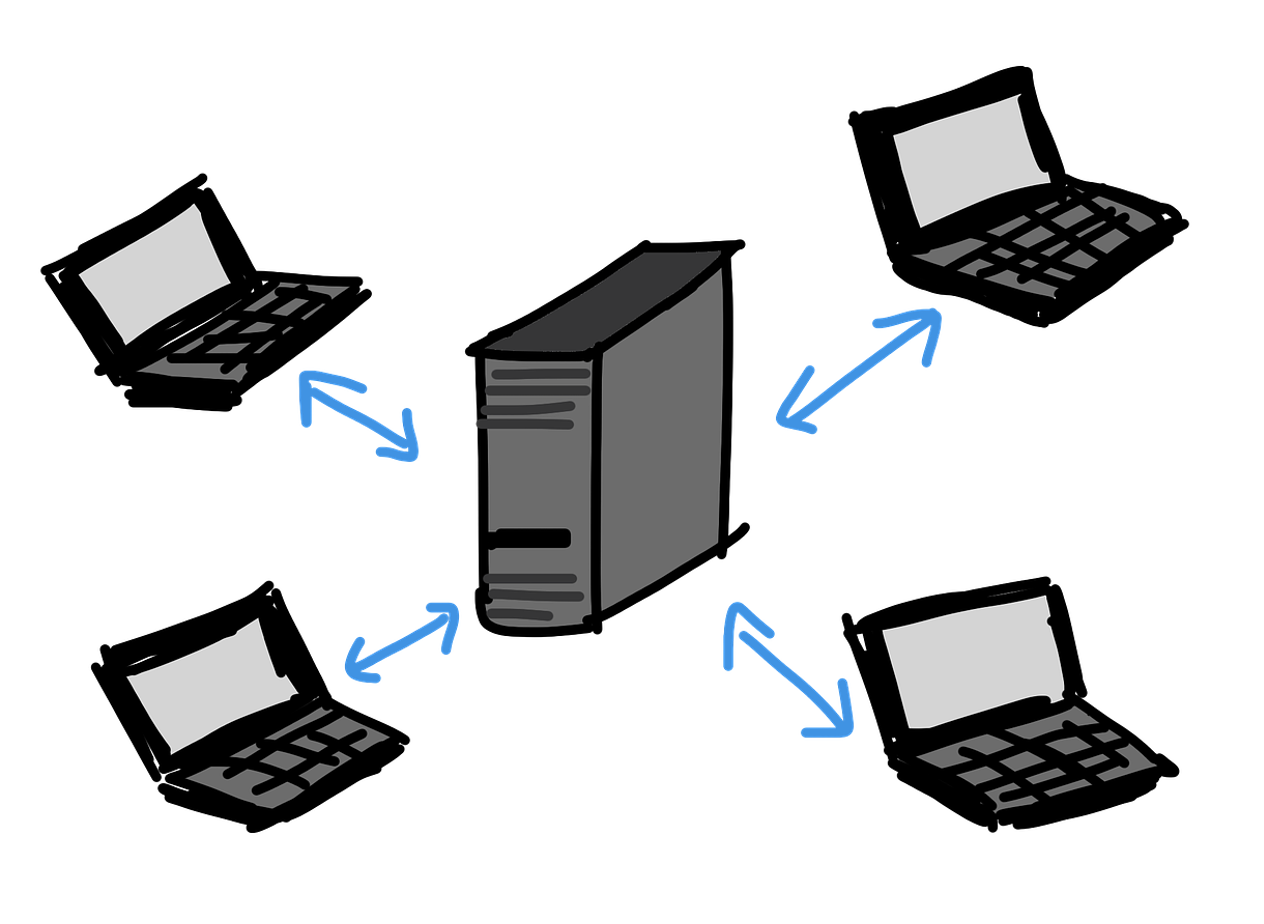 The client-server network is much more broadly used than a peer-to-peer network model.

In this model, the computers in the network, aka “clients” are all connected to a central server and pool data and resources from it.

For example, if you go online and want to read an article (like this one) on a website, your local browser needs to find the server on which the website where the article is written is housed and connect you to that server.

In fact, you need not look no further for a real-life example of a client-server model than the World Wide Web.

Differences Between a Peer-to-Peer Network and Client-Server Network?#

If you’ve been paying attention while reading this article you probably already know one difference between a peer-to-peer and a client-server network.

Nothing? Ok, we’ll give you a hint: in peer-to-peer networks, all computers in the network are at the same time servers and clients and in the client-server network there is just one server and all computers are connected to it individually as clients.

But that's far from the only difference between these two. Let’s take a look at some of the other ways they differ:

Both peer-to-peer and client-server networks have their well-earned place and the question is just what you need them for.

If you’re looking for a decentralized network that is easier and cheaper to implement and that better works in a small network, then you should go for a peer-to-peer network.

However, if you need a more robust, stable and centralized network, then the choice is a client-server network.

Telios is a secure end-to-end encrypted email service that works on a decentralized, peer-to-peer network. That means all your metadata and email contents stay private and the encryption keys are stored locally on your device, where only you can access them.

You can download and check out the Telios desktop app (still in beta) for Windows, macOS and GNU/Linux.